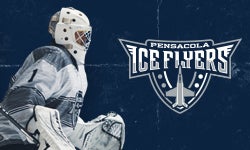 The Pensacola Ice Flyers have released the team’s 56 game schedule for the 2021-22 season with the Southern Professional Hockey League. The 2021 President’s Cup Champions will begin the season on October 16 with a championship celebration prior to a game against the Birmingham Bulls.

The Ice Flyers will face 9 of the other 10 clubs in the SPHL. Peoria being the only opponent not faced during the regular 56 game schedule. 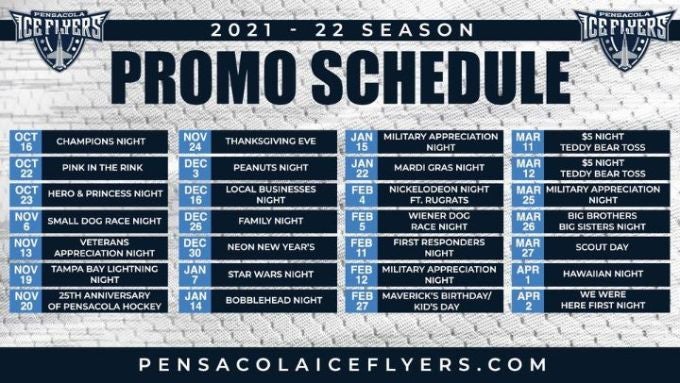