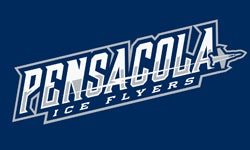 The Pensacola Ice Flyers will be part of a shortened season in the Souther Professional Hockey League with half the teams and 14 less games, but they are committed to play, which team owner Greg Harris is confident can happen after Christmas on Dec. 26 when the SPHL's five available teams are set to begin a 42-game schedule.

"This decision among our league was not made lightly," said Harris, following Tuesday's official announcement by the SPHL on having the 2020-21 season. "There are quite a few things we still need to figure out, but barring nothing going in reverse, we will have hockey here in Pensacola."

The Ice Flyers will be joined in an All-South Division season by the Birmingham Bulls, Huntsville Havoc, Knoxville Ice Bears and Macon Mayhem. Each team will have a schedule of 21 home, 21 away games as opposed to a 56-game schedule that has existed since the league was founded in 2004.

The Ice Flyers first home game at the Bay Center will be Dec 30. Season tickets are on sale now and single game tickets will be available by late November.