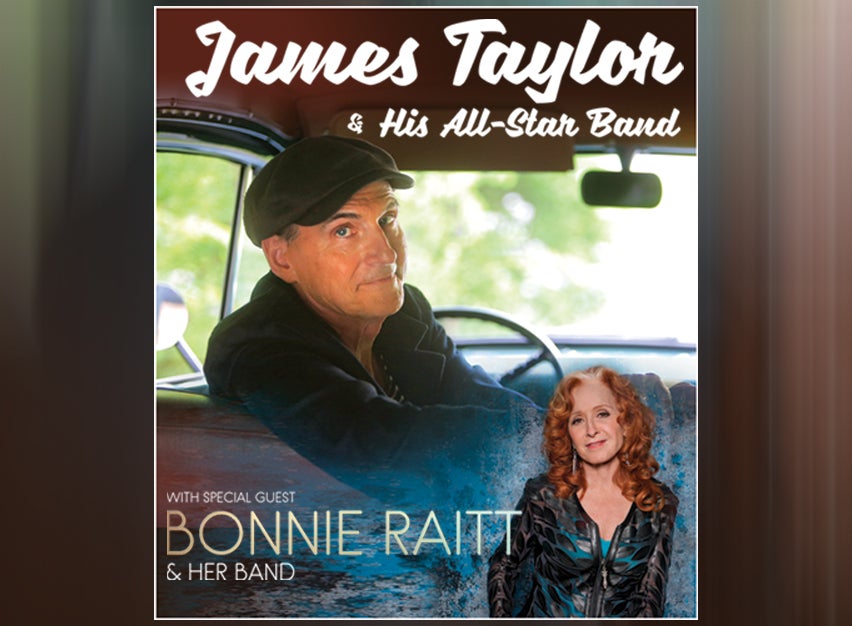 Legendary singer/songwriter James Taylor and his All-Star Band with special guest Rock and Roll Hall of Famer Bonnie Raitt and her band are coming to PENSACOLA BAY CENTER on FEBRUARY 10, 2019  for one intimate and memorable night!  Tickets on sale Friday, October 12 at 10 am at Ticketmaster.com and are $108.00 and $73.00 plus fees.

As a recording and touring artist, James Taylor has touched people with his warm baritone voice and distinctive style of guitar-playing for more than 40 years, while setting a precedent to which countless young musicians have aspired.  Inducted into both the Rock and Roll Hall of Fame and the Songwriters Hall of Fame, the world-renowned artist has sold more than 100 million albums since he was first signed by The Beatles to their Apple Records label, won multiple Grammy Awards, and has earned 40 gold, platinum, or multi-platinum awards.  His Greatest Hits album alone sold more than 10 million copies.  For more than forty years, Taylor has been a musical compass for his fans, articulating moments of pain and joy, and letting his listeners know that they are not alone.  In 2015, James was awarded the Presidential Medal of Freedom.  In 2016, he was a recipient of the Kennedy Center Honor.

More than just a best-selling artist, respected guitarist, expressive singer, and accomplished songwriter, Bonnie Raitt has become an institution in American music.   The ten-time Grammy winner was inducted into the Rock and Roll Hall of Fame in 2000 and the Grammy Hall of Fame in 2015.

TICKETS ON SALE FRIDAY, OCTOBER 12 AT 10 AM AT TICKETMASTER.COM; VENUE BOX OFFICE

Standard Policy will be in effect for this event. No Professional, No Audio, No Video, No Detachable Lenses. As additional information becomes available, it will be posted here with any specific requirements for the event.