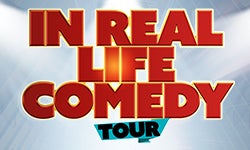 Actor and comedian, Mike Epps, is set to bring the laughs to Pensacola with the IN REAL LIFE COMEDY TOUR. Performing at the Pensacola Bay Center on April 30 at 7:30 p.m., Epps will be joined on stage with some of comedy’s most talented and sought-after entertainers, including Lavell Crawford, Karlous Miller and Kountry Wayne. Tickets for the reduced capacity show go on sale to the general public Friday, March 12 at 10 a.m. at the Pensacola Bay Center Box Office and Ticketmaster.com. The all-star lineup will be sure to bring down the house with non-stop laughter for an unforgettable night of comedy!